I am sorry to have been a stranger for so long. The past several years were filled with changes and challenges that caused me to have to set aside music for a while. It was a difficult time of transition in my life. I have missed making music so much, and more than that I...

Many years ago I picked up an acoustic guitar because I had something to say. The guitar was always a support for my voice and my words. 15 years later as a songwriter I felt like I was just approaching the edge of the real work, real honesty, and that was when I stopped creating...

Mark your calendars South Florida, its time for the Island Hopper Songwriter Festival. This year I’m sharing the stage with some wonderful female songwriters I know you’re going to love!. So, join us for an hour of swapping original songs and the stories behind them. The free festival will take place over 10 days on Southwest Florida’s...

I have always loved concept art on albums. I remember as a kid, lying on the floor listening to records and examining the artwork for clues into the artist’s heart. Much like an artist’s lyrics the poetry of the artwork deepened my connection to the artist. I think that’s what I love most about art...

I apologize that I’ve been quiet for a while. I’ve simply been overwhelmed with all of this and am so grateful I have in many ways been at a loss for words. I feel like I could say thank you a million times over and nothing else. THANK YOU! Thank you for enduring 7 months...

Celebrating #independenceday by letting go of expectations. I wrote this song with its fairy tale theme about letting go of judgements I place on my past, and the expectations I have for my future. The story is of your life is much more exciting when you let it unfold. Cut the strings and free yourself... 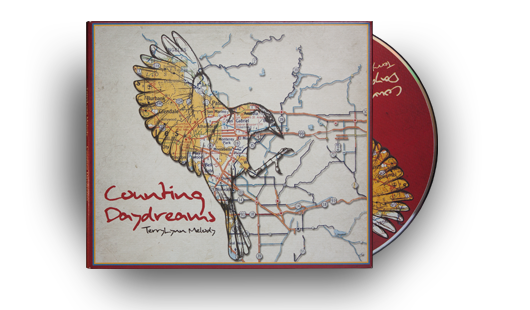 GET MY FIRST ALBUM!

Be the first to hear tracks

-
Update Required To play the media you will need to either update your browser to a recent version. 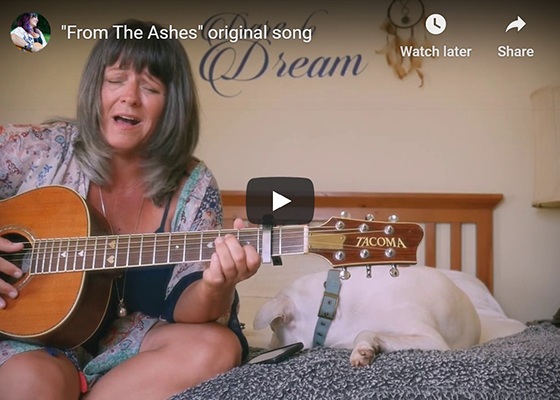 WHAT MY LISTENERS SAY:

Terry Lynn is one of those gifted artists that lights up the stage….and when you listen to her velvet voice, all seems right at that moment in time.

When you love something, you want so much to do right by it, to shine the light on it in exactly the right way so that others can see it just as you do. That’s the way I feel about TerryLynn Melody’s new CD Counting Daydreams. I know she poured her soul into these songs because I can hear it. Her work is right up there with my favorite singer/songwriters including Mary Chapin Carpenter and Lucinda Williams.

TerryLynn has been performing since she was a small child. Her mother was a professional singer and actress and was TerryLynn’s primary inspiration. Her moms love for music and dance was contagious inspiring Terry to start at an early age, She participated in her first theatrical production at the age of 7.  Around that time she also picked up her first musical instrument, the flute. She excelled in music, and dance and participated in multiple productions ever year into her early 20’s.

It was about 15 years ago that TerryLynn began her journey as a songwriter. Inspired by a need to “find herself” she began allowing music to guide her through her thoughts and memories.

At the urging of some friends, she decided to begin the process of putting some those songs down on record. TerryLynn took the plunge acting as her own producer, with the help of a wonderful sound engineer, Chad Zuchengo from The Vibe Recording Studio and her husband Chris Conrads who acted as additional ears in the process, she began recording the CD in 2011.  The project was completed and released August 1, 2016.

She has released 13 songs and they are currently available on her website.

Her music has appeared on National Public Radio show Gulf Coast live , on Kix 92,9 Country Radio,  Fox Television. She has numerous internet radio stations regularly playing her music and has had commercial airplay in the UK, and Australia.

She is forever grateful for the restaurants, cafes, coffee houses, back yards, porches and sidewalks that have let her grace them with a moment of music.

Her moto: May your lives always be filled with MUCH LOVE and MORE MUSIC.

LOVE WHAT YOU HEAR?

Enjoy my music around the internet!